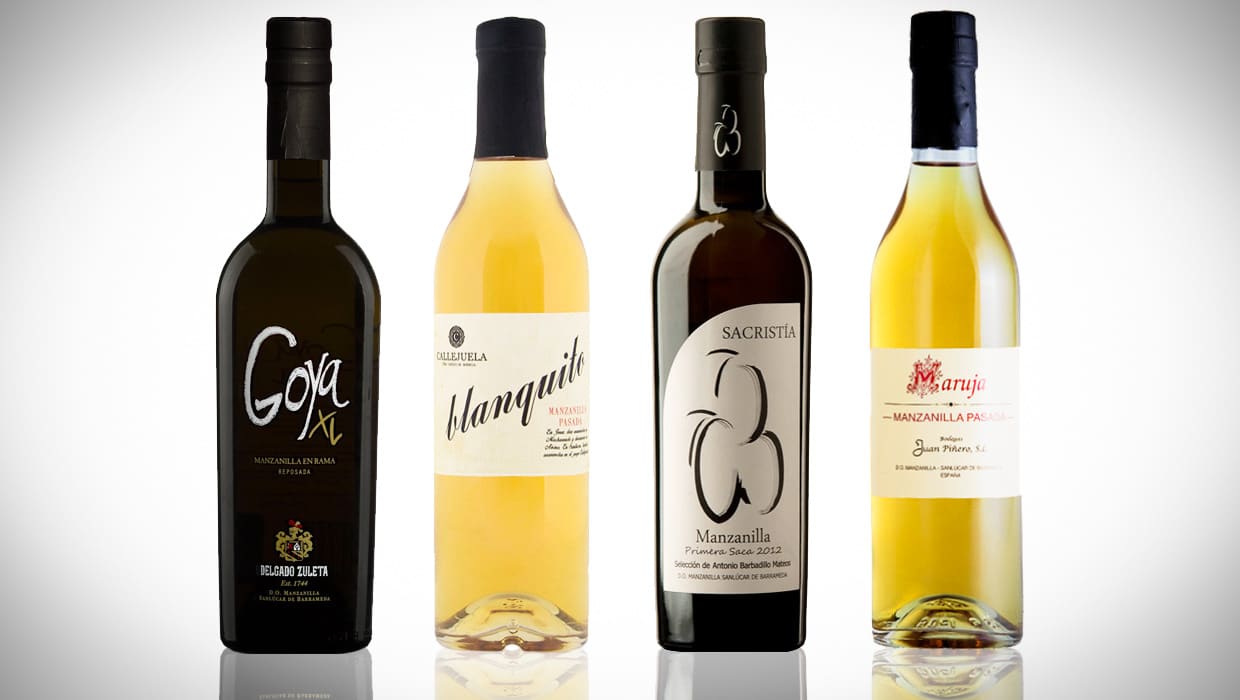 Manzanilla is basically the same as Fino sherry but produced and matured around Sanlúcar de Barrameda, closer to the sea than Jerez, and the only place where it is allowed to be made.

Some of the most renowned Manzanillas include La Gitana (Hidalgo), La Guita (Hijos de Rainera Perez Marin) and Solear (Barbadillo)

It is made from the Palomino grape and biologically aged, entirely under a layer of flor yeast. The specific climatic conditions of this town are responsible for a higher humidity and cooler, more constant temperatures than those found in inland bodegas, which contributes to a higher yield of flor. The thicker layer of flor protects the wine even more from air contact, resulting in a slightly lighter variety of Fino, containing virtually no glycerol and combining dry, saline notes with a fresh, zesty liveliness. Manzanilla typically displays more coastal aromas than a Fino, like seaspray, salt or even iodine.

In Spanish, manzanilla is chamomile, which is another aroma typically found in this type of sherry. Nonetheless the name of the wine supposedly comes from the eponymous village in the D.O. Huelva, a neighbouring winemaking area, on the other side of the Parque Nacional Doñana.

Like Fino, Manzanilla is produced in a Solera system, but it typically has more scales than their Fino counterparts. Barbadillo’s Solear has ten criaderas for example, and the Solera that produces La Gitana has fourteen. It is typically released at a younger age than Fino, but the best Manzanilla examples are still between three to seven years of age.

The flor in Manzanilla barrels will usually live for about 6 to 8 years. At that point there is not enough material left in the wine to survive (the sugar content of the wine will be below 5 grams per litre), and the flor gradually fades, slowly exposing the wine to oxygen. Depending on the stage of the flor, there are different classifications of Manzanilla:

Manzanilla is a perfect aperitif or accompaniment to a wide variety of foods. It is best served chilled – depending on the producer, a temperature of between 4°C and 9°C will be suggested. It goes particuluarly well with olives, (fried) fish, seafood and Jamón Serrano. Manzanilla is also an excellent combo with sushi and it makes a great, refreshing spritzer / cocktail called Rebujito.