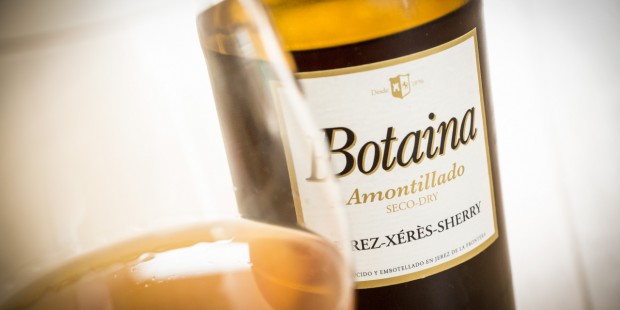 Amontillado sherry starts its life as a Fino or Manzanilla. At first it is characterized by biological ageing under flor, a layer of yeast that lives on top of the wine surface. After this initial maturation (usually two to eight years) a second period of maturation starts, exposed to oxygen (without flor). A cask of Fino is considered to be Amontillado as soon as the layer of flor stops developing. This can happen in a natural way, simply because there aren’t enough nutrients in the wine for the flor to survive. Most of the time though, the flor is intentionally “killed”, simply by fortifying the wine to above 17 degrees of alcohol.

Some of the most renowned Amontillados include Viña AB (Gonzalez Byass), Tio Diego (Valdespino) and Napoleon (Hidalgo)

There is a wide range of Amontillado styles. Some will display more flor character (sharper, leaner) while others will have a bigger influence of the oxidative phase (rounder, more pastry-like). The older an Amontillado gets, the stronger the wood influence will become. This can result in spicy notes and sometimes a leathery tobacco note. It is one of the most complex, refined styles of sherry.

Amontillado oxidises in a slow and controlled way. It is exposed to oxygen through the slightly porous oak and gains a darker colour and richer flavour than Fino. While still having hints of flor, it will be less fresh and citrusy than a Fino but with more elegance and structure.

It is characterized by nutty aromas, tobacco, aromatic herbs and often ethereal, polished notes of oak. The fusion of two different aging processes makes Amontillado wines extraordinarily complex and intriguing and a wonderful wine to pair with food.

While Amontillado is a fundamentally dry style of sherry, it is often lightly sweetened for certain export markts. It is slightly higher in alcohol than a Fino: between 16º and 22º. The older it is, the higher the natural alcohol volume will be due to concentration and evaporation. As of 2012, the rules of the Consejo Regulador say that Amontillado should be naturally dry and can no longer be sweetened. Sweetend Amontillado can still produced but they should be labeled Medium / Cream sherry, sometimes with an addition like “Blend of Amontillado”.

A cask of Amontillado Tio Diego at Bodegas Valdespino

Amontillado is often considered the most complete and representative style of sherry since it displays qualities of both styles of maturation. It should be served at a higher temperature than biologically aged sherries (around 12°C, even warmer when it’s an old Amontillado). Amontillado goes particularly well with white meat, a beef consommé, chorizo, medium-heavy cheese or a paté.