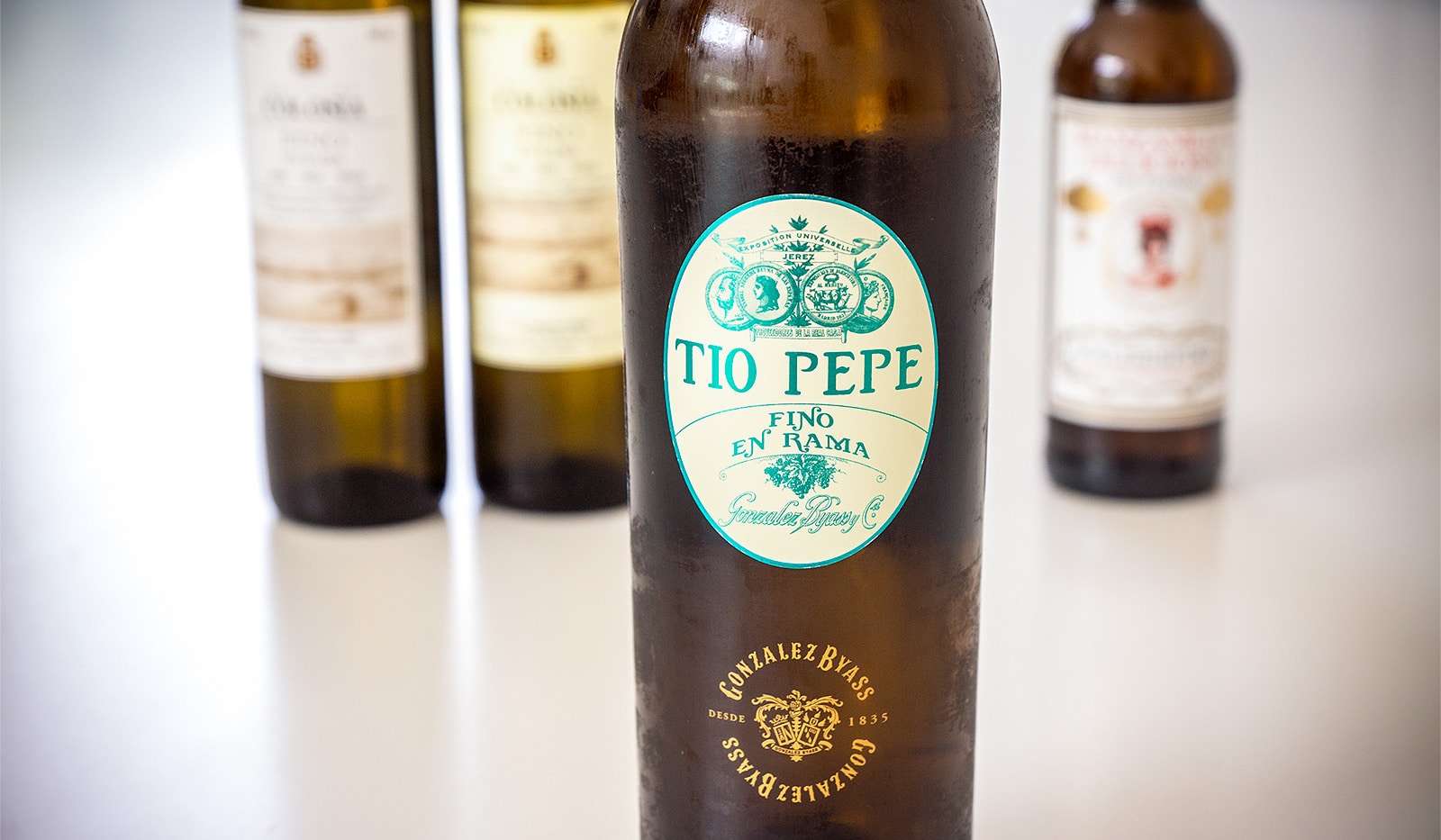 Some of the most renowned Finos include Tio Pepe (Gonzalez Byass), La Ina (Lustau) and Inocente (Valdespino)

It is made from the Palomino grape and biologically aged, entirely under a layer of flor. This cap of yeast prevents contact with the air, resulting in a yeasty, saline profile with notes of Mediterranean herbs, fresh dough and almonds. Maturation of at least 2 years in wooden barrels is prescribed by law (same as any sherry wine), but the majority of good Finos are aged between four and seven years of age. At around four years of age, the wine shows bright notes of flor and minerals, while older examples show more savoury complexity and less spikey salinity.

Like Manzanilla, the slightly more delicate and more coastal variety of Fino from Sanlúcar, it is produced in a Solera system, having different scales or criaderas and gradually refreshing lower (older) barrels with a part of the higher (younger) barrels. A typical Fino Solera contains between three and seven criaderas, consisting of American oak butts.

The flor in Fino barrels will usually live for about 7 to 10 years. At that point there is not enough material left in the wine to survive (the sugar content of the wine will be below 5 grams per litre), and the flor gradually fades, slowly exposing the wine to oxygen. Depending on the stage of the flor, there are two classifications of Fino sherry:

Once the flor has broken down completely, the wine will be labeled as an Amontillado and continues to age oxydatively.

Fino is a perfect aperitif or accompaniment to a wide variety of foods, as the dry profile stimulates the taste buds. It is best served chilled – depending on the producer, a temperature of between 4°C and 9°C will be suggested. It goes particuluarly well with olives, almonds, (fried) fish, seafood and Jamon Serrano, as well as with light cheese.