Barbadillo is the largest producer of Manzanilla in the whole of the Jerez region and proud creators of well-known brands such as Solear. Founded in 1821 by Benigno Barbadillo Hortigüela, who was born in Burgos (North of Madrid) and settled in Sanlúcar after having lived in Mexico for twenty years, it is still a family owned business that brings together tradition and modernity.

When Benigno Barbadillo bought the old Bodegas El Toro in 1824, the company grew rapidly, with exports to the UK and the US starting in the next few years. In 1827 he was the first to name a wine Manzanilla (branded Divina Pastora) and to sell it in bottle (before that, sherry was transported to bars in small barrels).

In the early 1900s the widow of Benigno married Pedro Rodríguez and many of the wines adopted his name. The company name was changed to Antonio Barbadillo S.A. in 1954. During the 20th century, Barbadillo made most of their business as an almacenista for Harveys.

Barbadillo is currently run by the seventh generation of the family and owns 500 hectares of vineyards spread over two estates, Gibalbín and Santa Lucía, both of which are located in the Jerez Superior area.  The Gibalbín estate has an extensive winemaking plant fully equipped with state-of-the-art technology. Barbadillo’s seventeen wine cellars (Bonanza, San Agustín, San Roberto, MIl Pesetas, San Guillermo, Arboledilla, El Toro, Pastora…) are strategically distributed over the best areas of Sanlúcar de Barrameda.

The cellars occupy a total area of more than 75.000 m² and have an overall capacity of 35 million litres (around 65.000 casks), the largest in Sanlúcar. They also opened a small Museo de la Manzanilla in 2002.

In addition to sherry, the company lately developed a diversification strategy. In the Jerez area they produce table wines like the Castillo de San Diego and the first sparkling wine from Jerez: Beta Brut. They also acquired the Bodegas y Viñedos Vega Real in the D.O. Ribera del Duero and the Sierra de Sevilla company, producer of Ibérico pork products. Their products are found in more than 50 countries. 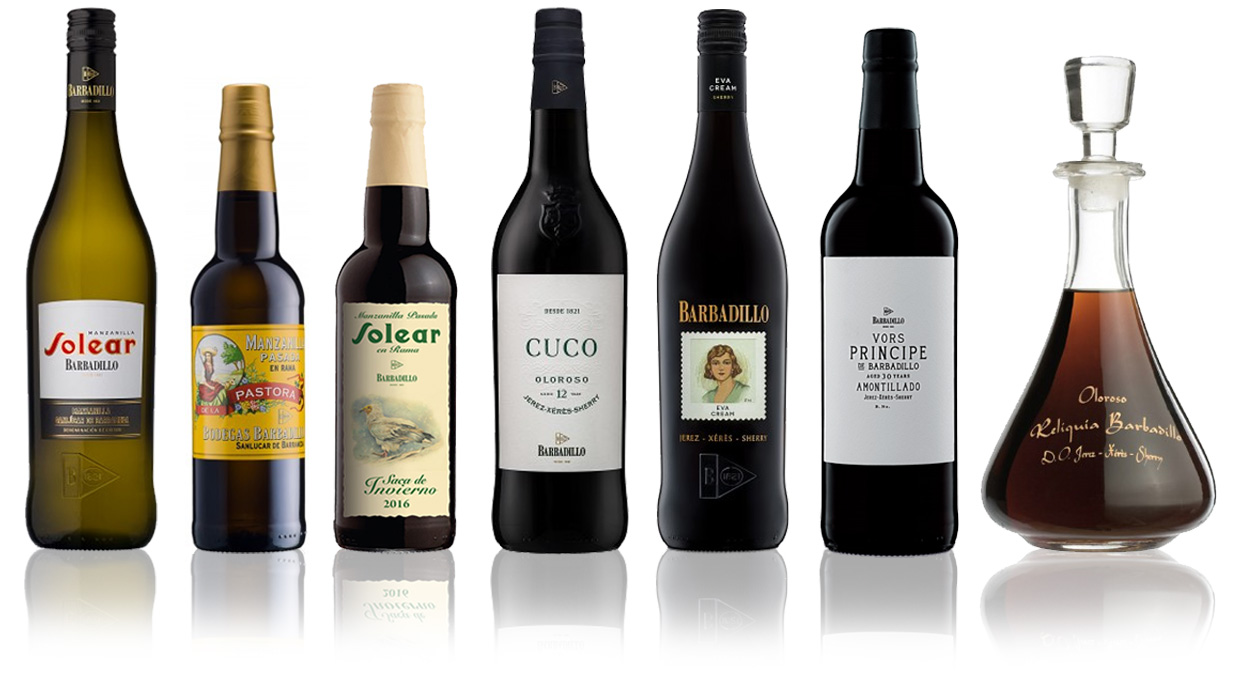 The sherries from the Reliquia range are drawn from the oldest casks of the house. Their age is pretty much off the charts – some say they are well over 100 years old – in any case they are amongst the oldest wines in the D.O. Jerez. The Reliquia Palo Cortado received 100 points from Robert Parker. This collection was sold in expensive decanters until it was rebranded in 2020.

Barbadillo is a giant company, selling everything from a dirt-cheap Fino to some of the most expensive sherries on the market. They’re also selling a lot of white label sherries, or sherries bottled for supermarkets (e.g. Tesco, Aldi…). Most of these can merely be traced back to Barbadillo, as they own so many brands (see the review of the Fino Pastora / Fino very dry for instance). Unless you buy from the list above, they’ll give very little information about the wine you’re buying.

Manzanilla is (not) a sherry wine →