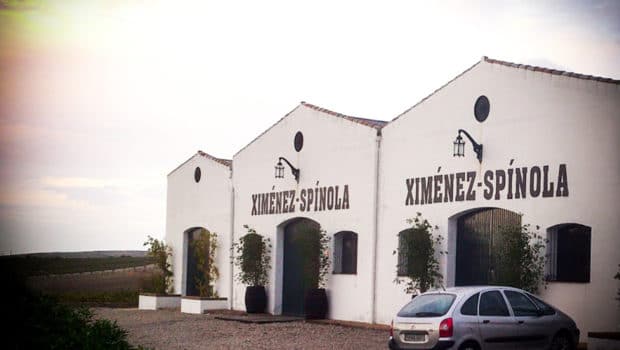 Bodegas Ximénez-Spínola is a very discreet bodega to say the least. Although it was founded by Phelipe Antonio Zarzana Spínola in 1729 and has a long tradition, it is not well known due to painfully low quantities (probably the lowest of the whole sherry region) and a philosophy that sets it apart from most other sherry bodegas. As a rule, the bodega doesn’t take part in any wine competitions and they don’t apply for VOS or VORS labels. They are only focusing on the quality and work with a very limited amount of distributors, making their wines very much an insider’s choice.

It is run by José Antonio Zarzana, the ninth generation of this winery, although all important elements (the yearly composition of the blends for instance) are decided unanymously by a family board. The Zarzana Spínolas started as wine exporters, then became almacenistas and finally evolved into a proper shipping bodega. 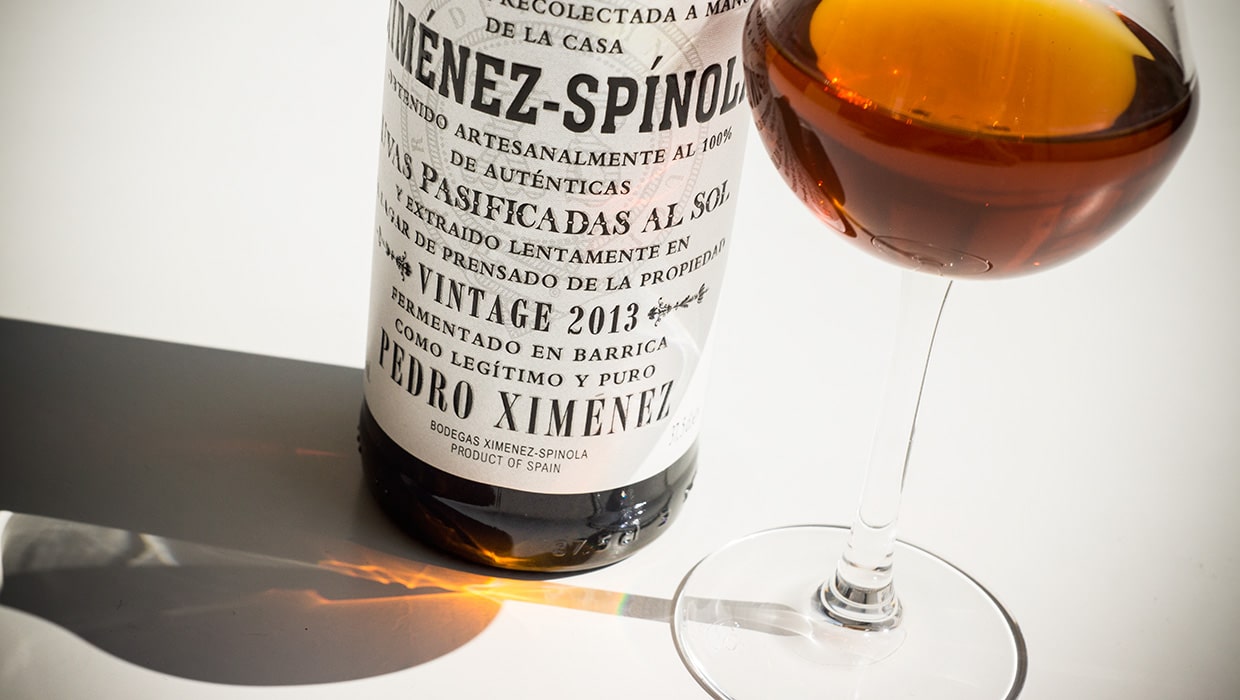 At the moment, they own 16 hectares of vine, grown organically (albeit without official certificates) in Las Tablas and the pago Carrascal. They only grow Pedro Ximénez grapes, which is rare in the Jerez region. Other producers stopped growing PX many years ago and now buy their PX grapes (or rather PX base wines) in the neighbouring D.O. Montilla-Moriles. As Ximénez-Spínola dries most of its grapes in the sun (a system called soleo), they lose around 70% of the weight of the grapes along the way and obtain a mere 200 litres of must from one ton of grapes.

Brandy de Jerez is also very important for this bodega, which holds one large solera named ‘San Cristino’. This was started in 1948 (under Franco’s regime), when Spain was in crisis and Spínola couldn’t find a buyer for stocks of three vintages of his wine. He decided to distill it and lay the base for the current-day brandies. The solera consists of 38 ancient chestnut casks which previously held Pedro Ximénez wines.

The bodega only uses 225 litre barrels for the maturation of its wines. The explanation is simple: lower possible loss when a barrel starts leaking. Another indication of the small scale of this bodega. 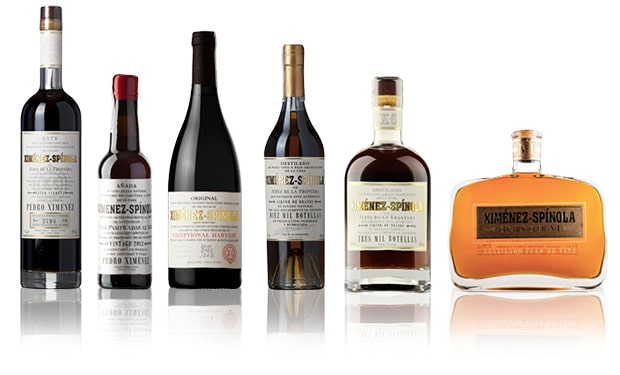 As I said, it’s not easy to find substantial inforation on the production of this bodega, but at least we’re sure of these wines:

As well as wines, Ximénez-Spínola makes sherry vinegar and a range of brandies: