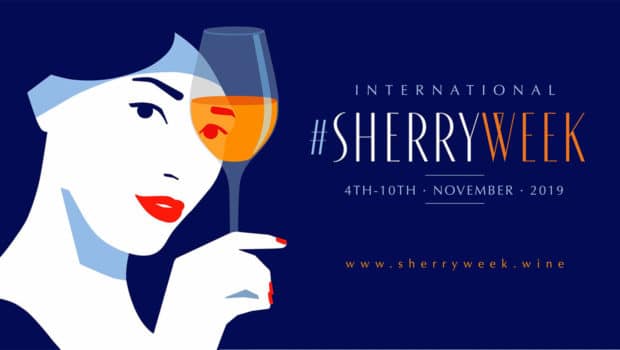 After one early edition in October last year, Sherry Week is back in November 2019. Now in its sixth edition, Sherry Week is traditionally the biggest international event where sherry wines take centre stage. It brings together thousands of sherry lovers in 2000+ sherry events in more than 30 countries.

The International Sherry Week 2019 will feature sherry tastings, masterclasses, bodega tours, sherry cocktails, special pairing menus and other sherry-inspired events. Registrations have opened, so bars, restaurants, bodegas, shops and other venues will launch their ideas in the next few weeks. In previous editions over 100,000 people have been taking part in this huge sherry fiesta.

My ongoing tradition of hosting a sherry tasting on Twitter will also return: the sixth edition of the #SherryTT Twitter tasting will be an ‘Amontillado Edition’. Actually we’ve already had six twitter tastings so far (two at once in the second year) and of the 21 wines we’ve tried, only 2 have been Amontillado. Coincidence of course, but something that had to be corrected. Expect five Amontillado wines in different styles, from a wide variety of bodegas and ages. Registrations will open in September.

The Sherry Week is held under the auspices of the official governing body of Sherry wines, the Consejo Regulador Jerez-Xérès-Sherry and Manzanilla-Sanlúcar de Barrameda.
Be sure to follow International Sherry Week on social media: