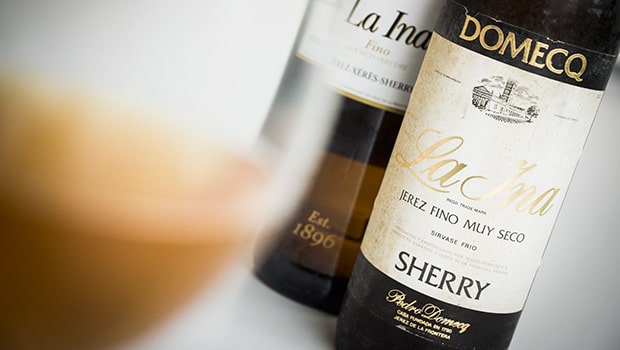 The solera for La Ina, the flagship brand of Bodegas Pedro Domecq, was laid down in 1919. After the liquidation of Domecq, six of their bodega buildings (including the soleras and wines) were sold to Lustau in 2001. A couple of years later, they also bought the rights of some of their brands, La Ina being one of them.

This is a pretty special review, as the bottle we’re trying dates back to the late 1970’s and spent almost 40 years in a cellar. In a couple of days we’ll compare it to the 2013 version bottled by Lustau. It should be noted that during the 1970’s sherry was bottled older than it is today. An old Manzanilla would be close to a modern Manzanilla Pasada, and the same goes for other types of sherry. Therefor we expect this Domecq La Ina to be a Fino Amontillado, with clear signs of age, rather than a true Fino.  Just look at the spectacular orange colour: much darker than a modern Fino, right?

Nose: quite mushroomy, almost whiffs of sulphur but they come and go. It gets cleaner with some airing but it stays rather ‘umami’ in any case. Hints of cider apples as well as plenty of nutty notes (almonds, hazelnut). Not too dry, it has a rounded, slightly caramelly edge as well. Overall a lot of freshness and not too much of the acetaldehyde notes that are so typical of modern La Ina. If you said this was an Amontillado, I wouldn’t doubt it – this was certainly bottled at a later stage than modern La Ina or modern Fino in general.

Mouth: more nuts and distant apple notes. A bit weak in the middle, but it picks up strength after a while, and goes on with hazelnuts and a hint of fudge. A fairly tangy bitterness in the end (walnut skin, lemon zest, grapefruit). Liquorice and a pinch of salt. Some tannins. Again closer to Amontillado than Fino when looked at from a modern perspective.

Personally my biggest question was: will this be drinkable after 40 years in the bottle? I’m glad it’s perfectly drinkable, even though it’s clear that this is quite different from a modern-day Fino. It’s difficult to know whether its specific characteristics are down to bottle ageing or simply the different preferences of the era. I suppose it’s a combination of the two.

I won’t score this one, it doesn’t make sense. 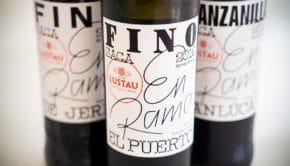