Any book about Spanish wines will give you some general information about sherry, but usually just some rough basics without going into detail. After all sherry is a peculiar wine, and behind this wine there’s a story that’s slightly difficult to tell. Regular wine connoisseurs tend to see it as an outsider wine.

Books that specifically deal with sherry are rare, especially in English. I won’t list all of them, but here are four of my favourite books on sherry that are highly recommended for enthusiasts. Note that the first three do not contain any pictures, so they may not appeal right away. They’re all written in an easy way though, and the amount of information included is astonishing.

This book was first published in 1961 and the seventh, revised edition was published in 2019. Essentially the reference work for sherry until Sherry, Manzanilla & Montilla came out. It set the guidelines for other books: the first half is taken up by the history of sherry, its origins, the sherry boom of the 19th Century and the ups and downs of the 20th Century. A second part is about the production and maturation of the wines; a third part is a (short) overview of bodegas and their products.

As a history of sherry, it is still a top-notch reference. Jeffs experience much of the sherry traditions first-hand in the 1960s, and what he writes is still rooted in this classic view of sherry wines. However the industry has changed significantly in the past decade or so and much of the recent developments are only loosely covered, so it’s missing some of the very recent evolutions in the sherry world (vintage sherry, focus on terroir, unfortified wines…). Unfortunately the part about bodegas and the wines they produce is far too concise. It may not serve as a perfect guide for buying sherry in today’s market or visiting the region, it’s more of a background / study work to learn about the classic sherry wines.

Available from Amazon for instance (paperback).

Peter Liem is an American wine writer and an authority in the field of Champagne. He recently got into sherry and now organises the Sherry Fest in New York and Toronto. Jesús Barquín is a professor of criminal law, but more importantly also a founder of Equipo Navazos.

Published at the end of 2012, for many years this was the most recent and up-to-date book on sherry. It follows the scheme of Julian Jeff’s Sherry, but the focus has been shifted a little. The historical part is short. The part about production methods is longer, and there are excellent additions about very topical subjects like the terroir of bodegas, bottle closures, bottling dates, etc. It also includes some information about the neighbouring D.O. Montilla-Moriles and related products like Tintilla de Rota or Xerez-Quina. Another nice addition is the chapter about storage and bottle-aging, serving temperature and glassware – opinions on these things have changed in the last few years.

The second half of the book is an extensive list of bodegas in the D.O. Jerez-Xérès-Sherry, D.O. Manzanilla and D.O. Montilla-Moriles. Nearly all of the wines currently available are mentioned, sometimes with (rough) tasting notes. There’s also a small appendix with tips for visiting the region (restaurants, hotels…)

This was the must-have for sherry enthusiasts. Julian Jeff’s book talks you through the history but Liem & Barquín are your guide into the 21st Century. Both are complementary “bibles” in my opinion. This book had a significant impact on the popularity of new initiatives like Equipo Navazos – and to some extent it even encouraged me to start this blog.

Published in 2010 and probably the first book to cast the spotlight on Manzanilla alone. Based on the same material as the earlier book (in Spanish) Manzanilla – El vino de Sanlúcar by the same authors, but more than just a translation. Fielden is a wine columnist and Hidalgo is a son of two important families: Argüeso and Hidalgo.

The first part of the book is a history of Sanlúcar de Barrameda, partly based on historical archives of the Duchess of Medina Sidonia, and a chapter about the production of Manzanilla. The rest of the book (by far the largest part) is taken up by a list of all current bodegas in Sanlúcar (including some of the smaller almacenistas). There’s also a part about gastronomy and food pairing (including recipes) and tips for visiting the town.

Overall maybe not essential if you’ve read the two books above, unless you really want some specific details on the bodegas of Sanlúcar. Available from Amazon, also for Kindle. 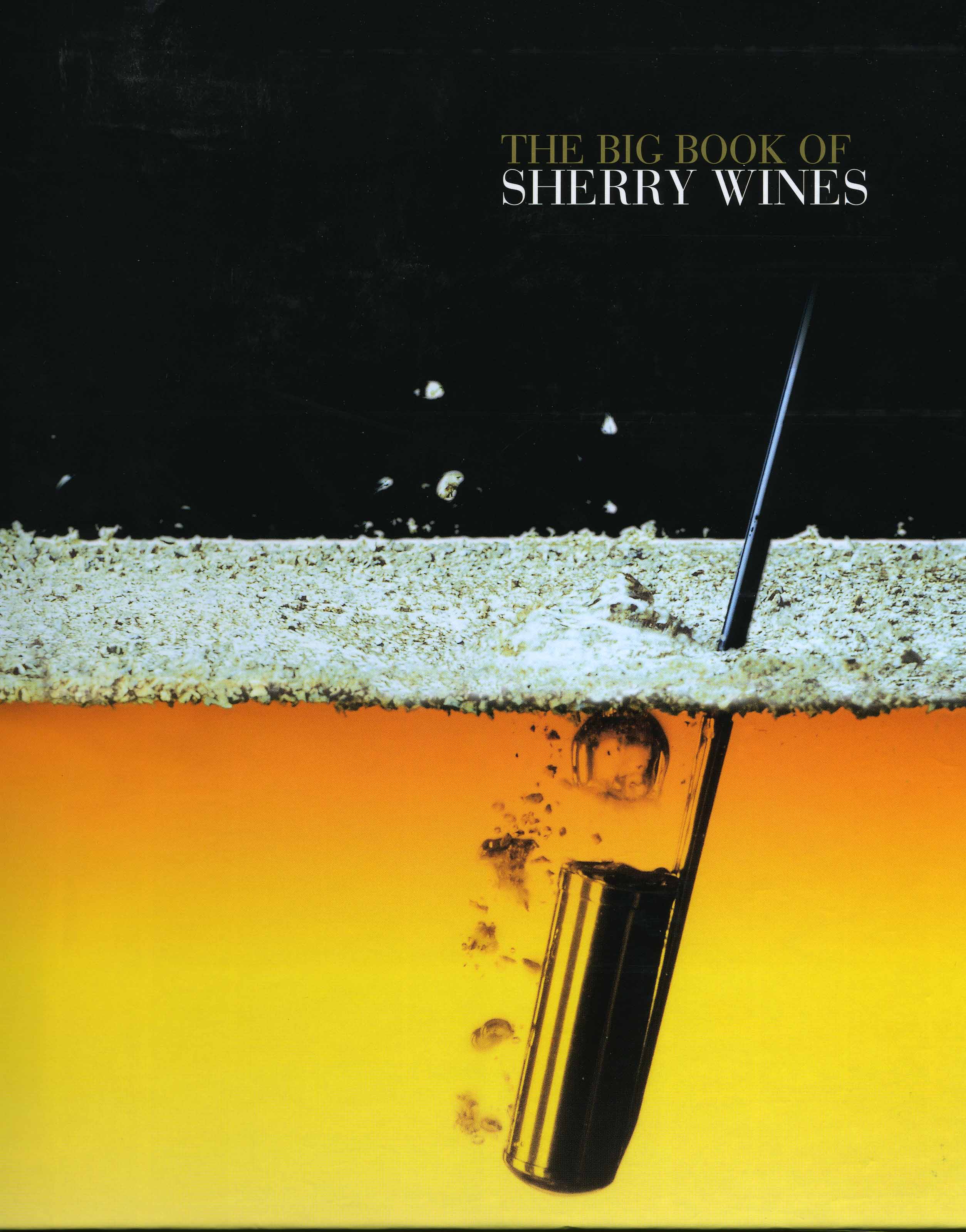 The Big Book of Sherry Wines

Edited by César Saldaña (president of the Consejo Regulador) and published in 2006 by the Consejo Regulador and the Spanish Ministry of Agriculture, this can be seen as an ‘official guide’ to sherry. It consists of a dozen of chapters written by different authors, covering the town of the sherry region, the history, the Consejo, viticulture, harvest, vinification, ageing, bodega architecture, etc.

Each of the chapters is concise but quite in-depth, it is almost a course on sherry with a wealth of theoretical information mixed with hundreds of informative (though sometimes slightly outdated) pictures. A beautiful reference work. It is still for sale at the Consejo in Jerez but other than that, it can be hard to find. Luckily you can also download The Big Book of Sherry Wines in PDF-format.

If you’re interested in other books, check my other reviews of books on sherry.