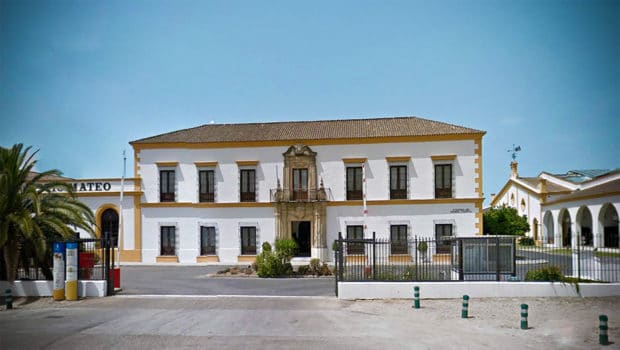 Bodegas Marqués del Real Tesoro were founded by the grandson of the first Marquis of the Royal Treasury, Don Joaquin Manuel de Villena. His title was appointed by King Carlos III for defending the crown’s treasury ships against attacks of pirates. According to the legend, Don Joaquin used silver from his own inheritance to make munition and eventually win the fight.

In 1897 the first soleras, already two centuries old, were bought from the Duke of Villacreces who was the owner of a large number of famous sherry reserves at that time. It quickly became a renowned bodega, for the quality of its soleras and for being a supplier of the Royal House of Spain.

Since 1985, the company belongs to the Grupo Estévez which also owns the Bodegas Valdespino and La Guita among other brands. It owns 186 hectares of vinyards and controls another 220 hectares, all of them of the Palomino grape. About 65% of its total sales are made through export.

After the purchase of Marqués del Real Tesoro, the soleras from all brands were moved to modern premises in the ring road of Jerez, just outside the old centre. The impressive new location, in which humidity and other parameters are computer-controlled, also houses bottling lines, laboratories, fermentation premises and horse stables.

The best known wine of the house is without doubt the Fino Tío Mateo, a brand acquired from Harveys in 1993 (although the wine originated at the bodegas Palomino & Vergara and was part of the Rumasa empire later), with the Amontillado del Principe in second place. The Grupo Estévez has an uncommon fascination for histamines: butts with a significant level of these oraganic compounds are eliminated, and the resulting wines are said to be virtually free of histamine, thus being a presumably “healthier” kind of sherry for having a lower chance of triggering physiological reactions and reducing headaches.

Besides this premium range there is also a basic Real Tesoro range which includes the Manzanilla La Bailaora as well as a Fino, Amontillado, Oloroso,Medium Dry, Dulce, Cream and Pedro Ximénez. They are mostly exported or distributed to supermarket chains.

The label design of the brand has changed quite often in the past two decades, which means you’ll find many different types of bottles in stores. All a bit confusing for consumers.

Solera Gran Reserva Marqués del Real Tesoro is their brandy. They also have Real Tesoro Brandy, a cheap barrel aged blend of brandy and wine distillates made for the Spanish botellón, Ponche Real Tesoro and La Posada, a vinegar. The group also produces / imports whisky, rum, gin, vodka and liqueurs in a partnership with the Mercadona supermarket chain among others.